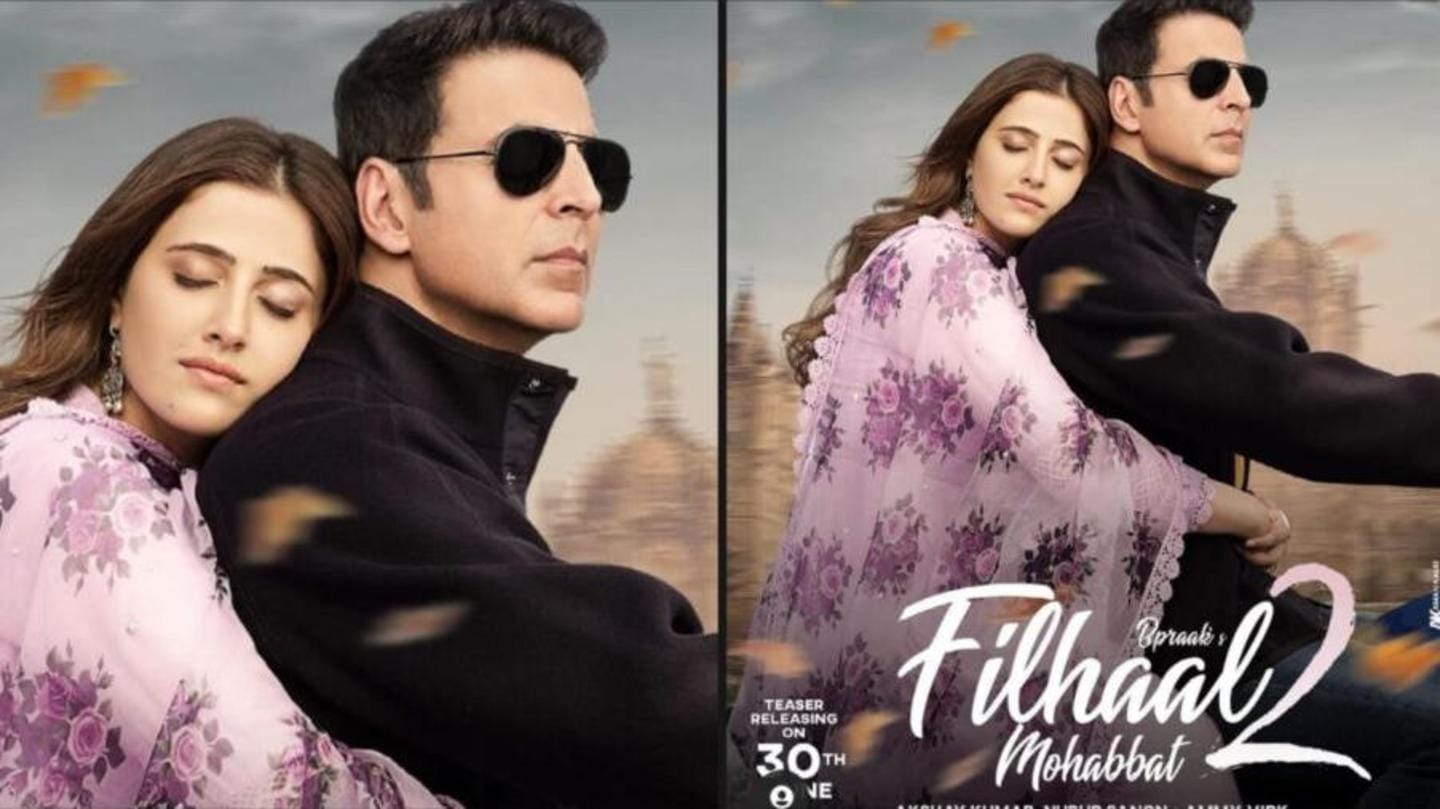 At a time when many actors are moving beyond the big screen and onto the digital space, Akshay Kumar is also venturing into music. The actor made his music video debut with Filhall, the actor is back to entertaining his fans with the sequel song. The actor shared the first poster of the Filhaal 2: Mohabbat. The video will feature Kriti Sanon’s sister Nupur Sanon opposite Akshay. This will be Nupur’s second acting project after Filhall.

In the said poster, Akshay is seen wearing a black shirt and dark sunglasses riding a bike with Nupur sitting on the back seat and hugging him lovingly. Nupur, whose eyes are closed, wears a lavender suit with a matching floral dupatta. As per the poster, Ammy Virk is also set to feature in the video as the song has been sung by B Praak, penned and composed by Jaani, and directed by Arvindr Khaira.

In the caption, Akshay wrote, “And the pain continues…If Filhall touched your heart, Filhaal 2 – Mohabbat will touch your soul…Here’s the first look. Stay tuned, teaser releasing on 30th June!” 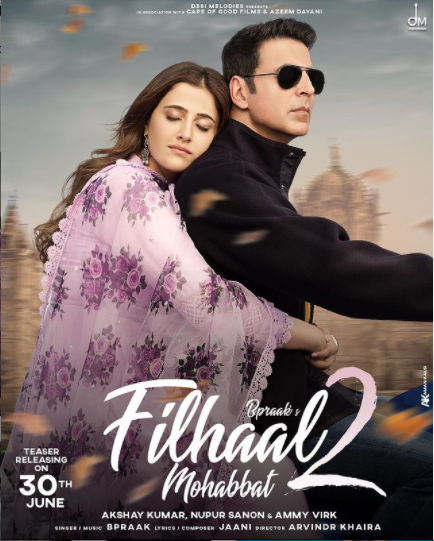 Many fans took to social media to express their excitement and how they are waiting for the song to release soon. However, there were some netizens who couldn’t wait to see Akshay in a film and asked for him to release the trailer of Bell Bottom.

For the unversed, Bell Bottom is the actor’s upcoming project, co-starring Vaani Kapoor and Huma Qureshi. The film was wrapped last year and was among the first movies to begin shooting during the pandemic.

Long COVID: More than 2m in England may have suffered, study suggests