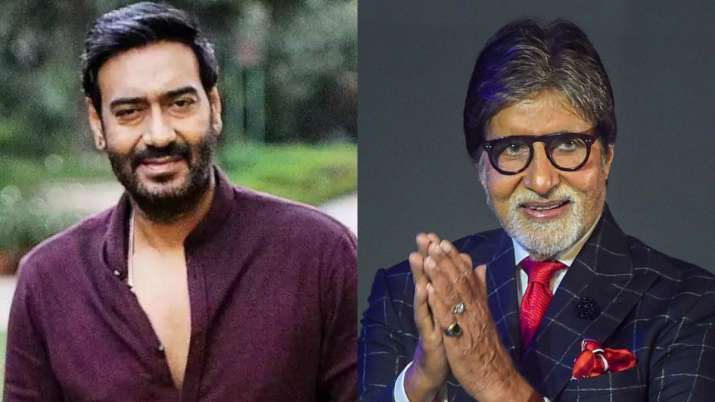 After sharing screen space in films such as Major Saab, Khakee and Satyagraha, Amitabh Bachchan and Ajay Devgn are all set for a reunion. Yes, you read that right!  After a hiatus of nearly seven years, Big B and Ajay are all set to join hands for a thrilling, edge-of-the-seat human drama, titled Mayday.

Rumour has it that Ajay will be seen playing a pilot in the film. The details of Big B’s character in the film, however, are not known as of now. According to reports, the makers have decided to keep it under the wraps for now. Other actors are being finalised.

The film will be produced under Ajay’s film production banner of Ajay Devgn Ffilms. And the exciting news is that the actor himself will direct the film. It would be the first time ever when the actor will be directing Mr Bachchan. If sources are to be believed, the project will go on floors in Hyderabad in December this year. Ajay will be free from the shooting of Bhuj: The Pride of India by then. Big B, on the other hand, would have wrapped Kaun Banega Crorepati 12 by that time.

Meanwhile, Ajay was last seen on the big screen in Tanhaji: The Unsung Warrior, which released in January this year. The biographical period drama, based on the life of 17th century Maratha warrior Tanaji Malusare, went on to collect about Rs 280 crore in its lifetime. It is currently the highest-grossing Hindi film of the year.