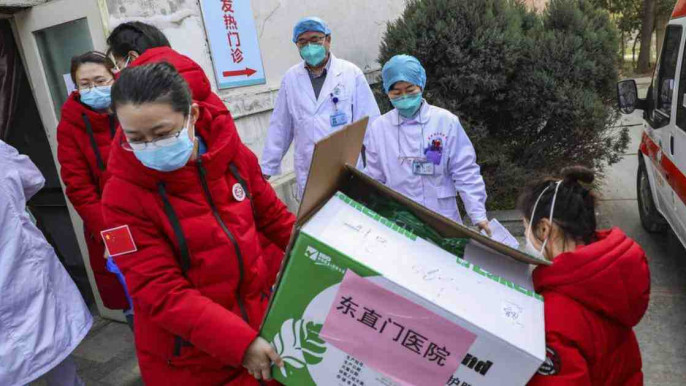 Internet-powered health services are playing an increasingly important role in China’s health system, with 900 internet hospitals now operational in the country, a health official said Wednesday.
Mao Qun’an, a department head at the National Health Commission, made the remarks at a press conference on the reform and development of China’s health sector during the 13th Five-Year Plan period (2016-2020).

Internet hospitals represent a new approach to outpatient service delivery, allowing patients to attend a local medical consultation facility and seek a consultation through the internet from a doctor based at a major urban hospital, reports Xinhua.

A remote medical collaboration network has been put in place covering more than 24,000 prefecture-based health institutions across the country, Mao said.

Since the start of the Covid-19 epidemic, Chinese hospitals have rolled out a number of internet-based services, from sharing knowledge on virus control, health consultation and psychological counseling, to follow-up treatment for chronic diseases and drug delivery, he noted, adding that such services have met people’s health needs well, while reducing the risks of infection caused by offline meetings.