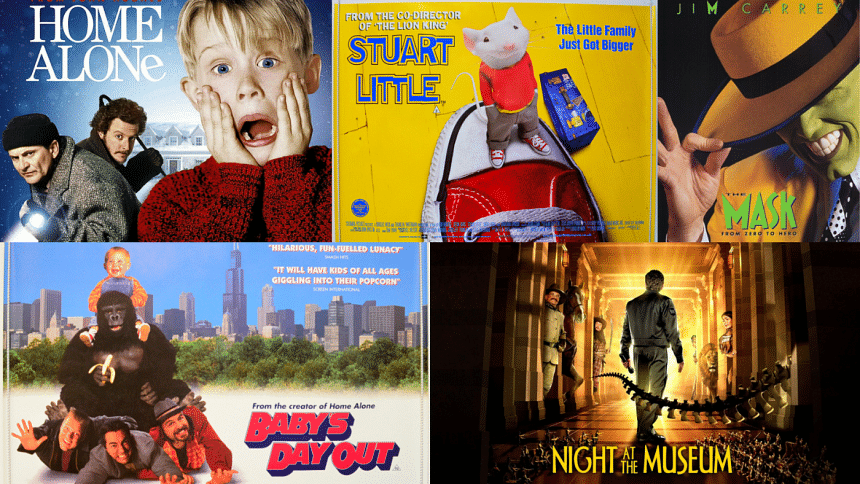 Nostalgia is what keeps the modern man alive. Feeding on the good feelings from our childhood, is what keeps us moving throughout the day. Much similar to other aspects, films do carry a significance in reigniting good memories. Here are 5 iconic films from the 90s and 2000s that you probably watched growing up and should revisit.

Directed by Rob Minkoff, “Stuart Little” (1999) was amongst the most popular children films of the 2000s. The film starred Michael J Fox, Geena Davis, Hugh Laurie, and Jonathan Lipnicki amongst others.

The audience were brought into the unique fun-filled life of Stuart Little, a mouse adopted by the Little family as their son. A truly heart-warming narrative where Stuart struggles to cope up with the humans and adjust with his family and brother George Little. On top of that, the glaring feeling of being ‘displaced’ amongst humans, the little white mouse embarks on a quest to find his real parents.

Growing up, I am pretty sure, not many have missed out on this stomach-clunchingly funny of a film. “Baby’s Day Out” (1994) portrays the hilarious story of three crocks, who kidnaped the infant baby of a billionaire, but struggle to hold on to him. While they search for the baby, every time they are close to catching him, it seems to signal a comic fate, as they face off one difficulty after another.

When it comes to 90s comedy films, one just can’t leave out “Home Alone” (1990), an evergreen children comedy film which claims a place in the audience’s hearts even now. Directed by Chris Columbus, the movie takes us into the life of the naughty eight-year old kid Kevin McCallister, who is mistakenly left behind his considerably large joint family, who leave to celebrate Christmas in France.

Now, aside from all the fun activities of having the house to himself, Kevin soon realises the responsibility that comes with being in charge of the house. Alongside the fun filled twists, the eight-year-old dare-devil has to protect his house from two robbers, leading to a bundle of clever mechanics and funny situations as they clash.

“The Mask” (1994) is amongst the unique films that really gave even the famed Superman, a run for his money. Directed by Chuck Russell, the green-faced reality-bending anti-hero really added a new flavour to the generic ‘superhero bandwagon’.

Portraying the tale of an ordinary office employee who gained god-like powers after donning a mysterious wooden mask, fighting crime and saving the damsel in distress takes a comic turn. The dark horse of a superhero makes sure to turn the most dangerous situation into hysterical comedy.

The film featured the “Yes Man” and “Bruce Almighty” famed actor Jim Carrey in the lead role. The franchise also received a sequel film “Son of the Mask” in 2005. Furthermore, the film has a multitude of short movies under its belt as well.

5. Night at the Museum

Night at the Museum

Directed by Shawn Levy, the story is truly an unorthodox treat with the comic struggles of a night guard. The fantasy film featured Ben Stiller, Rami Malek, and Robin Williams amongst others.

No Bangladesh players in ICC T20I Team of the Year