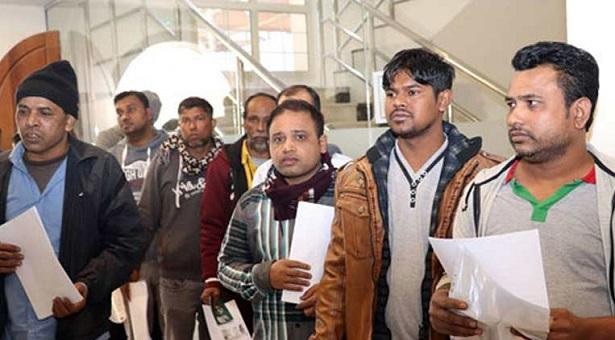 Those who have jobs in Saudi Arabia but their visas have expired after coming to Bangladesh during coronavirus pandemic will have to go back to Saudi Arabia again with valid visas, he said.

Foreign Minister Dr. AK Abdul Momen and Expatriate Welfare Minister Imran Ahmed sat in a meeting with the representatives of six Gulf countries and Malaysia on expatriates and labor issues.

After the meeting, Momen told reporters that those whose visas had expired but who had jobs there would have to get their visas renewed. The Saudi authorities have informed Dhaka that they will issue new visas.

Those who took visas in March last, could not go back after that but those who have sponsors (employers) will also have to take visas. About 25,000 expatriates will have to procure new visas, he said.

He also said the talks with the representatives of the countries were fruitful.

However, the foreign minister said there was “nothing to do” about those whose visas had expired and whose employers would no longer employ them.

He mentioned the number of such workers are 53 so far and suggested them for alternative employers or any jobs in that country.

The minister also advised for taking help from the fund of Tk 700 crore announced by the Prime Minister.

Former UNO Wahida to be released from hospital Thursday