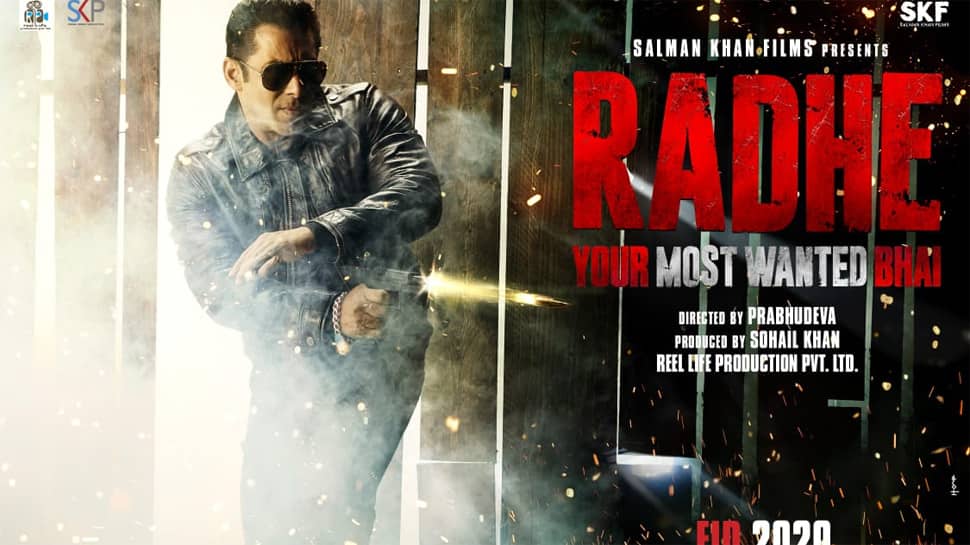 The makers of Radhe: Your Most Wanted Bhai have refuted rumours of the film’s direct-to-OTT release. They have made it clear that the film will release in cinemas only.

For a while now, there have been rumours that Salman Khan’s Radhe: Your Most Wanted Bhai would skip the theatrical route to directly release online. However, the makers have refuted all such rumours and have made it clear that the film will release in cinemas only. Not just that, they have also made it clear that they are eyeing an Eid 2021 release.

Film critic and trade analyst Taran Adarsh, in a tweet on Friday, shared the update. His post read, “#RADHE #OTT RUMOURS BASELESS… There was speculation in the *exhibition sector* that #Radhe – starring #SalmanKhan – will skip theatrical release… Will stream on #OTT directly… FALSE… The producers are clear, #Radhe will release in *cinemas*, eyes #Eid2021 release.” 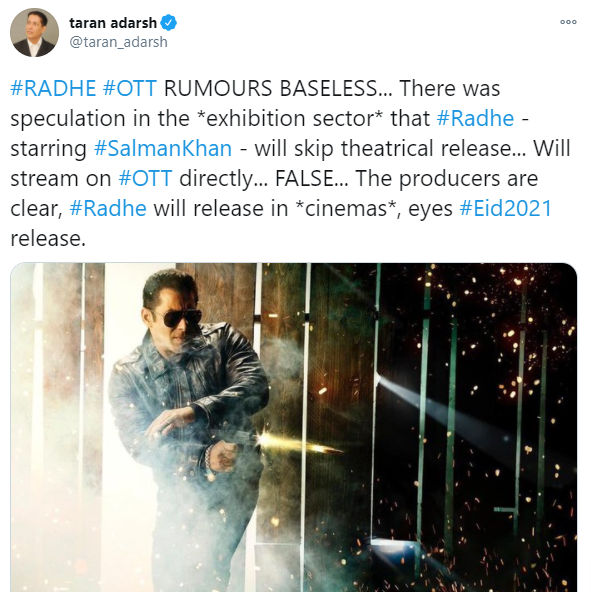