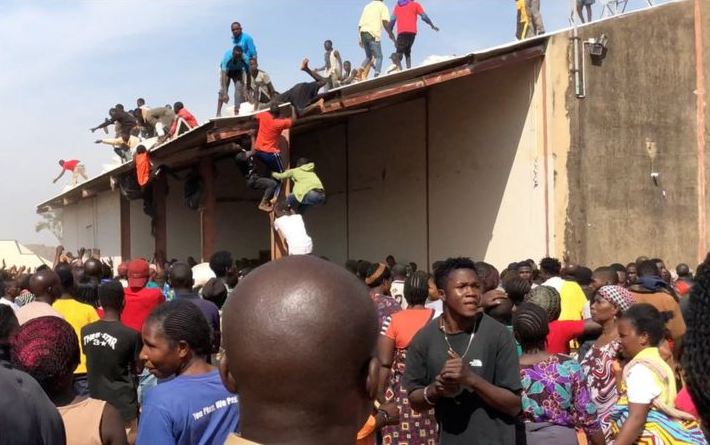 Nigeria’s chief of police has ordered the immediate mobilisation of all police resources to put an end to days of street violence and looting.

He said this was no longer acceptable. Police officers said they had been ordered to end the “violence, killings, looting and destruction of property”.

Protests calling for an end to police brutality began on 7 October.

The demonstrations, dominated by young people, started with calls for a police unit, the Special Anti-Robbery Squad (Sars), to be disbanded.

Lagos has in recent days seen widespread looting of shops, malls and warehouses, and property has been damaged, with the businesses of prominent politicians targeted. A number of buildings have been torched and prisons attacked.

Elsewhere on Saturday, there were reports of hundreds of people looting government warehouses in Bukuru, near the central city of Jos.