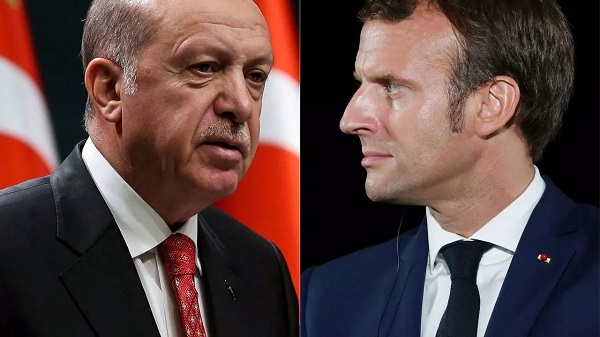 Calls to boycott French goods are growing in the Arab world and beyond, after President Emmanuel Macron criticised Islamists and vowed not to “give up cartoons” depicting the Prophet Mohammed.
Macron’s comments, on Wednesday, came in response to the beheading of a teacher, Samuel Paty, outside his school in a suburb outside Paris earlier this month, after he had shown cartoons of the Prophet Mohammed during a class he was leading on free speech.
The teacher became the target of an online hate campaign over his choice of lesson material — the same images that unleashed a bloody assault by Islamist gunmen on the offices of satirical magazine Charlie Hebdo, the original publisher, in January 2015.
Caricatures of Mohammed are forbidden by Islam.
On Saturday, Jordan’s foreign ministry said it condemns the “continued publication of caricatures of the Prophet Mohammed under the pretext of freedom of expression” and any “discriminatory and misleading attempts that seek to link Islam with terrorism.”
It did not directly criticise Macron, although the French president had on Wednesday also contended that Paty was “killed because Islamists want our future”.
But Jordan’s opposition Islamic Action Front party called on the French president to apologise for his comments and urged citizens in the kingdom to boycott French goods.
Such boycotts are already underway in Kuwait and Qatar.
102
Share