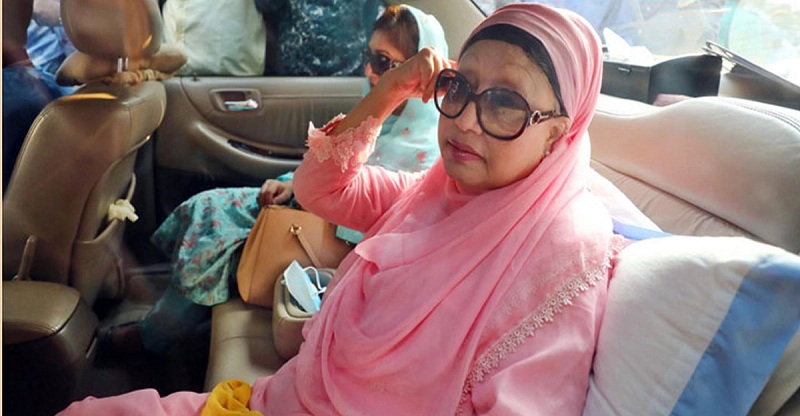 The government has extended the suspension of BNP Chairperson Khaleda Zia’s jail sentences by another six months.

The Ministry of Home Affairs has taken the decision at the recommendation of the Ministry of Law. With this the government has extended the jail sentence suspension of former prime minister for the sixth time.

Home Minister Asaduzzaman Khan Kamal stated it to journalists at a press briefing at Secretariat on Sunday (Sept 18) afternoon.

He said Khaleda Zia’s jail sentence suspension was extended conditionally like the previous ones.

“Khaleda Zia will take treatment staying in the country and she will not be allowed to go abroad to avail medical treatment,” he said. “Her jail sentence suspension has been extended on this condition and she will be able to stay outside jail until March 2023.”

Earlier in the morning, Law Minister Anisul Huq said from New York over phone that the Law Ministry recommended to extend the suspension of Khaleda Zia’s jail sentence for another six months in two corruption cases on two conditions. The conditions are Khaleda Zia will receive treatment staying at her residence in Dhaka and she will not be allowed to go abroad.

The Public Security Division under the Home Ministry will issue a gazette notification in this regard on Monday, he said.