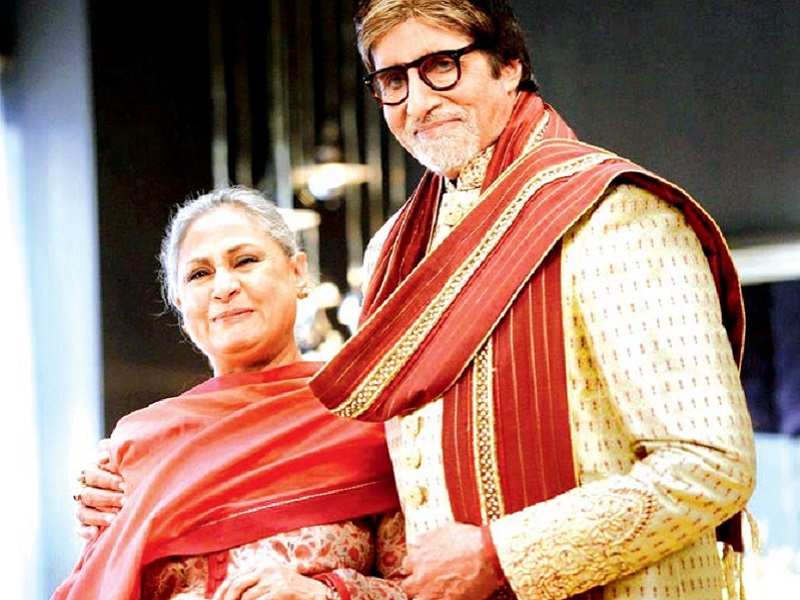 The upcoming episode of Kaun Banega Crorepati 13 featuring Amitabh Bachchan’s family – daughter Shweta Bachchan Nanda, granddaughter Navya Naveli Nanda and his beloved wife Jaya Bachchan is definitely going to be a fun-filled one. While Shweta and Navya will take the hot-seat, Jaya will join the trio through video call and you won’t believe all 3 ladies ganged up against Big B.
The channel has just released a new promo of the family special KBC 13 episode in which, one can see Jaya Bachchan complaining about Big B not answering her phone calls. Big B puts on a guilty face and blames it on internet issues. But Shweta and Navya side with Jaya to add more fuel to the husband-wife banter by mentioning, ‘he will post photos on social media, gets time to tweet but….” Navya later also quizzed her grandfather on whether he really compliments Jaya after they all return from a salon or he doesn’t mean it. Big B then looked at Jaya on VC and said, “Aap kitni acchi lag rahi ho” and Jaya yet again took AB’s case by saying, “Aap jhoot bolte hue bilkul acche nahi lagte (You don’t look good when you are lying)”.
This is just a glimpse of what’s in store with this Bachchan special episode. We are sure Shweta and Navya will spill more secrets, complaints about Big B during the telecast on Friday, October 3. Without further ado, here, watch the promo below!Meanwhile, after shooting this 1000th episode, Sr Bachchan had taken to his blog to pen a rather special note. “So yes, the 1000th episode on the platform of Kaun Banega Crorepati, was given its due importance and the request by the Channel to bring in the family on that revered and feared Hot Seat, was accepted. A delight, to be able to, not just test the ability of the ‘contestants’, but to give the freedom to express what many have felt has been undisclosed and kept behind closed doors. The banter of the family dining table, the repartee, and most importantly the several causes that the young at this age think about and work for.”
59
Share