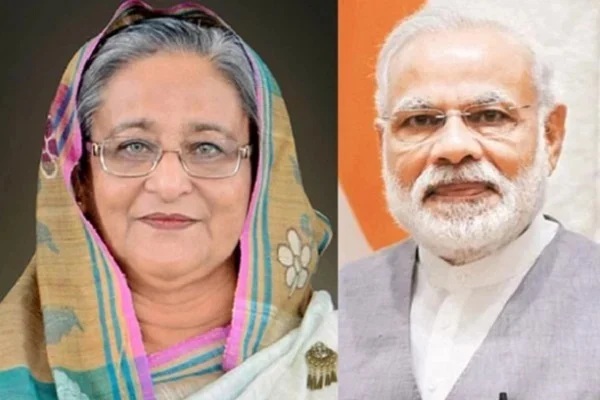 India to give 109 ambulances during Modi’s visit

Momen said the Indian High Commissioner to Bangladesh Vikram Duraiswamy informed him about the donation when the envoy called on him on Tuesday.

Sylhet district will get four ambulances out of the 109 ambulances, said Momen, who is a member of parliament from Sylhet-1 constituency.

During the meeting with the foreign minister, the Indian envoy discussed various matters related to the upcoming visit of Modi on March 26-27.

Prime Minister Sheikh Hasina will hold talks with her Indian counterpart on March 27, the second day of Modi’s tour while all major bilateral issues are expected to be discussed in their meeting.

Indian premier is also set to visit Bangabandhu’s grave at (his village home) in Tungipara and two Hindu temples outside Dhaka — one in Gopalganj and the other in Satkhira.

From today, Bangladesh started staging the 10-day grand celebration to mark the birth centenary of father of the nation as well as golden jubilee of its independence.

Indian Prime Minister Modi and other four heads of states and governments — Nepal, Sri Lanka, Bhutan and the Maldives — are among the distinguished foreign guests to join the celebrations under separate schedules.

Maldivian president Ibrahim Mohamed is the first top foreign dignitary, who arrived this morning on a three-day Bangladesh tour.

Bangladesh originally planned the grand celebrations of Bangabandhu’s birth centenary last year but the coronavirus pandemic forced the country to revise the plans.