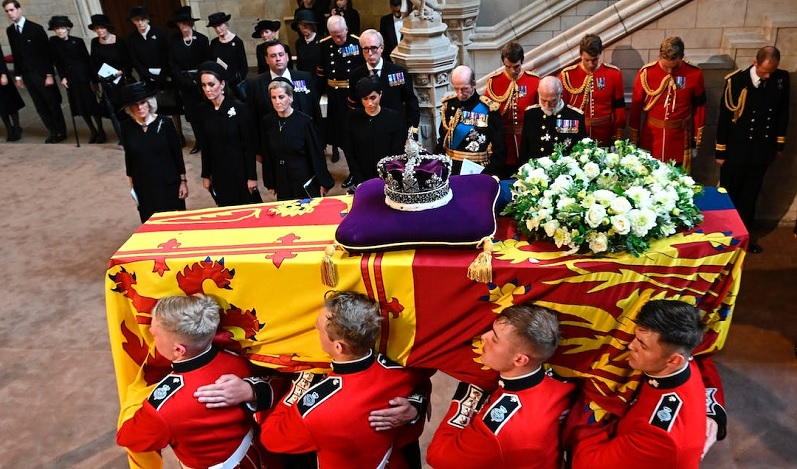 Two minutes of silence will be observed Monday across the United Kingdom at the end of Queen Elizabeth II’s state funeral at Westminster Abbey, giving the British public across the nation a chance to pay their respects to the late monarch.

Buckingham Palace released more details Thursday about the state funeral of the queen who died Sept. 8 at 96 and her private interment later Monday.

Edward William Fitzalan-Howard, the official in charge of arrangements, said the funeral and events over coming days are intended to “unite people across the globe and resonate with people of all faiths, whilst fulfilling her majesty and her family’s wishes to pay a fitting tribute to an extraordinary reign.”

Tens of thousands were standing in a line Thursday that snaked for more than four miles along the River Thames in London, waiting to file in silence past her coffin.

On Friday evening, King Charles III and his siblings will stand vigil at their mother’s coffin for 15 minutes as it lies in state at the 900-year-old Westminster Hall at the Houses of Parliament. Charles, Princess Anne, Prince Andrew and Prince Edward also stood vigil with the coffin when it lay in St. Giles’ Cathedral in Edinburgh earlier this week.