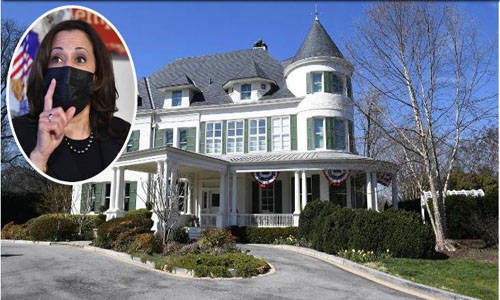 An armed man has been arrested from in front of the residence of the US Vice President Kamala Harris.

Quoting authorities, CNBC reports a Texas man wanted by the police was stopped by the U.S. Secret Service and arrested Wednesday afternoon near the Washington residence of Vice President Kamala Harris

Police found a rifle, a large amount of ammunition and several gun clips in a car belonging to the man, 31-year-old Paul Murray of San Antonio, after he told them it was parked in a garage several miles away near the Washington Convention Center, according to NBC 4.

A police report specified that Murray was in possession of an “AR-15 semi-automatic rifle, 113 rounds of unregistered ammunition, and five 30 round magazines.”

Murray was stopped by Secret Service officers at around noon in the northwest section of Washington on Massachusetts Avenue, just outside the Naval Observatory, which contains Harris’ residence.

Police said they arrested Murray in response to an intelligence bulletin that originated from Texas.

The vice president and her husband, Doug Emhoff, do not currently live at the Naval Observatory, as the residence is undergoing renovations. The couple is living at Blair House, near the White House.