Akshay Kumar just dropped a sweet photo with the cast of his upcoming film Bell Bottom. Over the past few months, the actor has been dropping some glimpses of his shoot and fans are simply getting excited to watch the much-anticipated film. Akshay is already coming out with Laxmmi Bomb, which will release on an OTT platform.

Coming to the photograph that the actor posted on social media today,it shows him posing with wife Twinkle Khanna, son Aarav, Vaani Kapoor, Jaccky Bhagnani, who is co-producing the film, with the rest of the team. All this time, the actor was shooting in Glasgow and has now headed to London with the team to start the next schedule of the film. 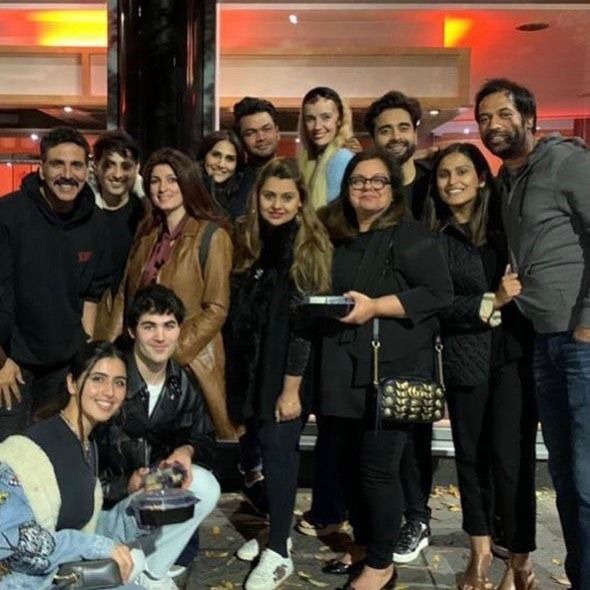 Akshay was accompanied by his family in Glasgow. He had celebrated his birthday there along with Aarav’s and daughter’s too. Several glimpses of his avatar from the film, where he is apparently playing a detective, have surfaced online.

In the latest look, he was seen wearing a retro nude-coloured turtleneck with loose brown pants ad a navy blue blazer. He sported a moustache and gelled down hair with brown-tinted retro sunglasses and was also carrying a bag. Sporting an intense look, in the caption, he wrote, “#BellBottom #MonSlay” 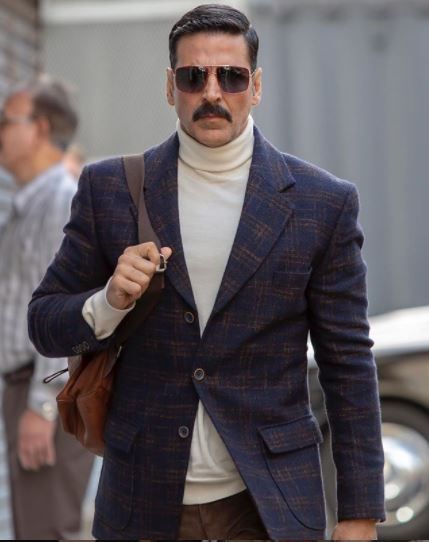 Meanwhile, Akshay will be seen next in Laxmmi Bomb, which is set to release on Disney+ Hostar. The movie has been directed by Raghava Lawrence and stars Kiara Advani in a lead role.

His film Sooryavanshi, directed by Rohit Shetty, was supposed to release this year but due to the pandemic, the film has been delayed. The makers have said that the film will release in theatres.